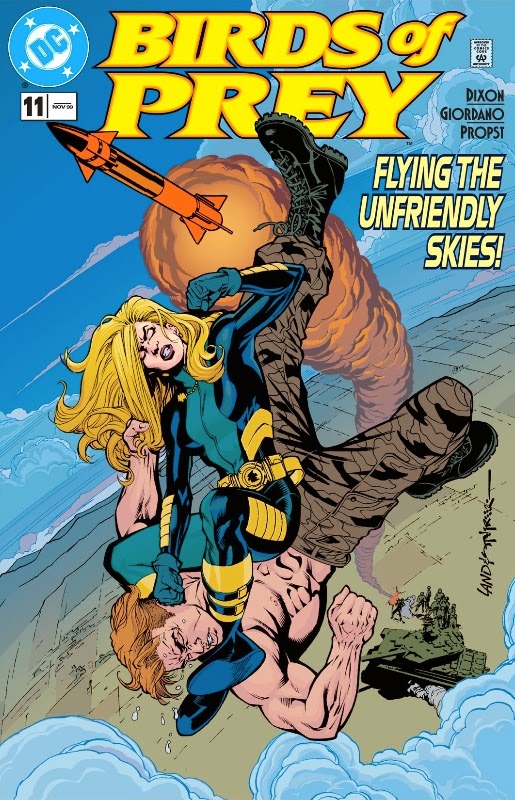 Birds of Prey #11: "State of War" is written by Chuck Dixon with pencils by Dick Giordano, inks by Mark Propst, and colors by Gloria Vasquez.  The cover was done by Land and Brian Stelfreeze.

For the third straight issue, we open with a splash page of the Iron Brigade of Koroscova followed by a double-page splash of the Iron Brigade getting ignobly knocked off their high horse.  This time, it's by a squad of United States Marines come to enforce peace before Koroscova's troubles spill over its boarders into world war.

The Marines are supported by a CBRNe team in hazmat suits trying to assess the nature of the damage to Koroscova.

Said damage was caused by a reckless clone of Guy Gardner named Joe.  He escaped to the hills with the mad scientist that gave him super powers, and Black Canary who freed him without knowing who or what he was.  At the moment, Joe Gardner is feeling great. 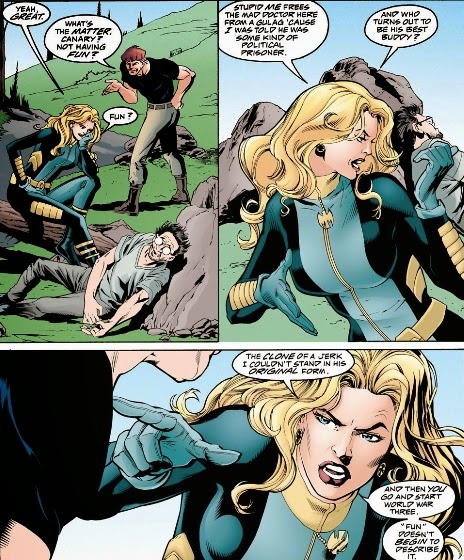 Black Canary tells Joe she wants nothing to do with him.  Joe grabs the doctor and begins to fly away, but Oracle screams into her communicator that Dinah must stay close to Joe so that she, Oracle, can track him and obliterate him with the orbital satellite laser she hijacked from the U.S. military.  Not trying to conceal her displeasure at all, Black Canary calls for Joe to come back.  Of course, he's too arrogant to believe she wants anything other than his smoking hot body.

Elsewhere, the presidents of the United States and Koroscova play their games of diplomacy and international checkers.  Then Joe Gardner and the others arrive at the Marine encampment. 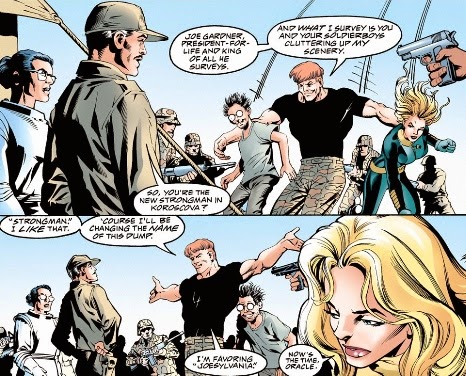 Black Canary gives Oracle the coordinates and then leaps out of the way as the laser targets directly on Joe Gardner.  It burns through the Earth's surface, but Joe is barely harmed.  Well, his feelings are hurt, I suppose, because he grabs Black Canary and threatens to kill her and the voice in her ear that he can hear.  He bats away Marines and asks if Black Canary has any last words.  She punches him in the face.  It has little effect except to bang up her hand, but it's a nice little moment of defiance before she dies.

Once Oracle realized her super laser couldn't kill Joe, however, she called in her backup plan. 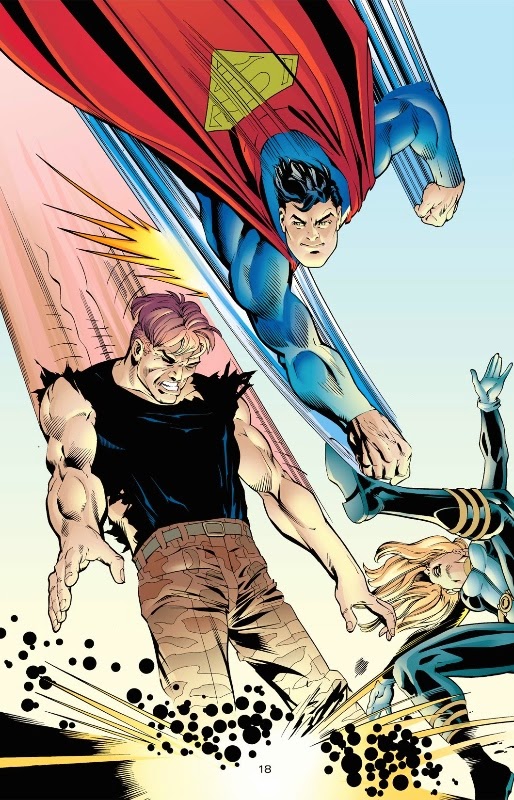 Joe Gardner is knocked unconscious and half-buried in the dirt.  Superman makes sure Dinah is okay and then he heads back to Metropolis or wherever he's needed.  Black Canary flirts with the Marine commander and hitches a ride back to the states.  Though the mission is over and world war averted, Oracle isn't happy that somebody played her.

Back at the humanitarian agency that hired Oracle, the woman who lied to Oracle about the mad scientist's identity is greeted by the mysterious stranger who put her up to it. 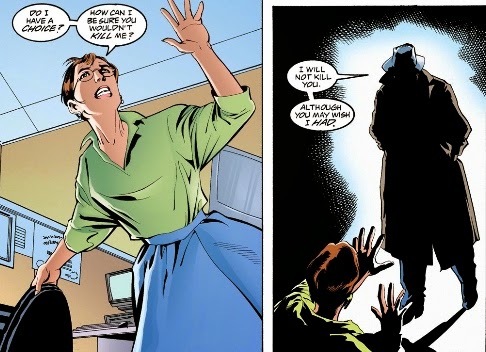 The stranger teleports them both away.

By now it's pretty clear that Chuck Dixon writes about ten pages worth of material for a twenty-two page comic.  The first three pages of each of the last three issues aren't funny or clever; they're dumb and a bit insulting that I had to pay for it.  Dick Giordano's art is less stylized and ridiculous than Greg Land's but it's also not as strong as it was back in the Bronze Age.

Come back next Tuesday for a review of Birds of Prey #12.
Posted by Count Drunkula at 12:00 AM