Black Canary made her dramatic debut in Flash Comics #86 back in 1947. 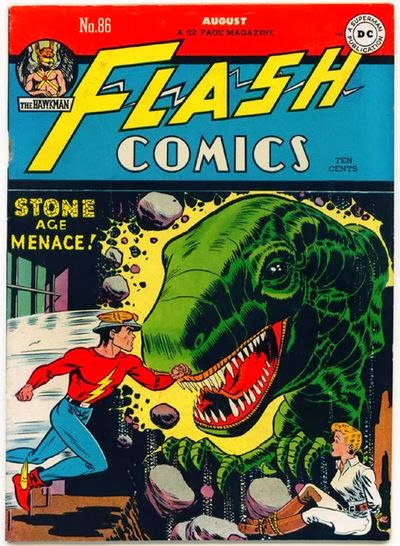 While Hawkman and the Flash headlined the book until from the beginning to the series' cancellation, many other characters got a chance to shine in Flash Comics.  One of the regular features for years was Johnny Thunder, and it was in the pages of this "comedy adventure" strip that the Black Canary first appeared. 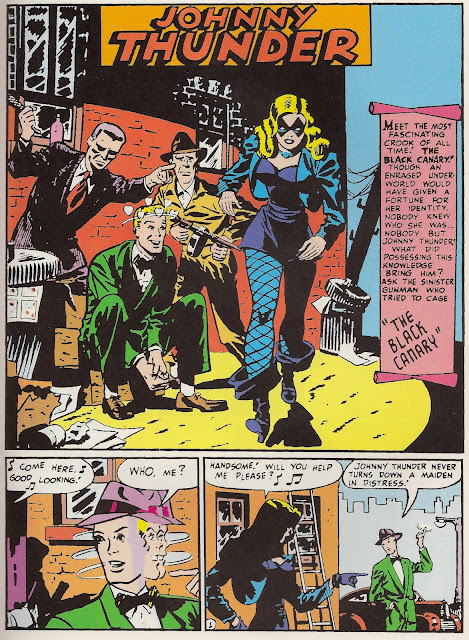 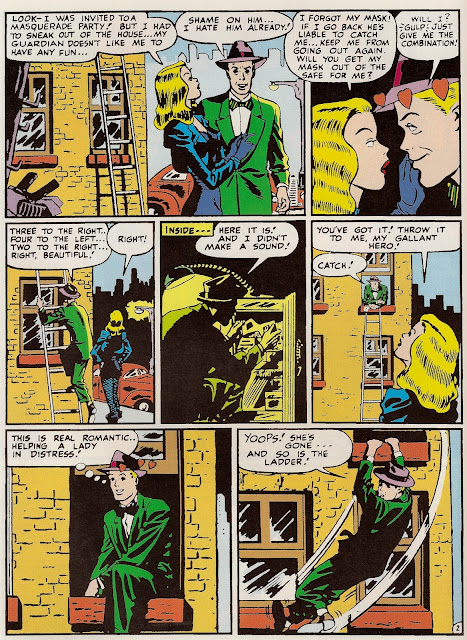 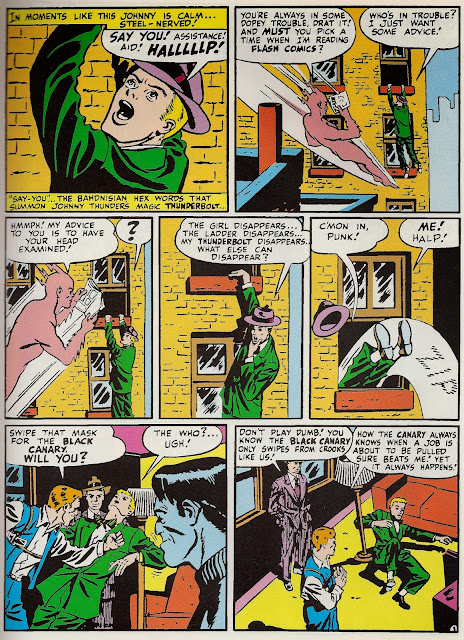 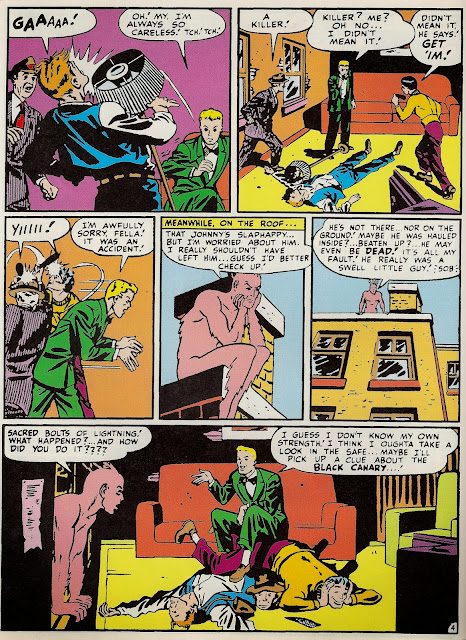 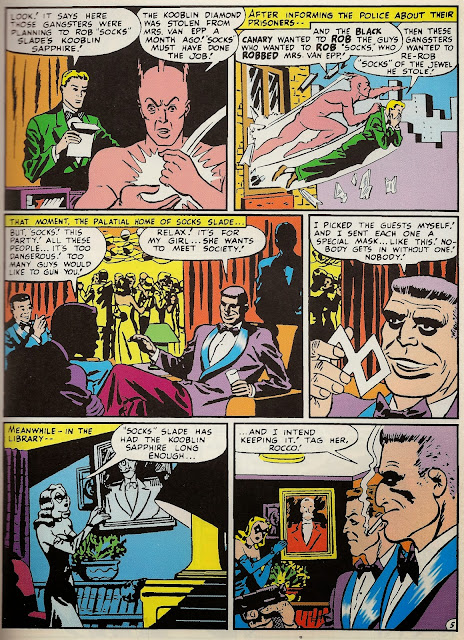 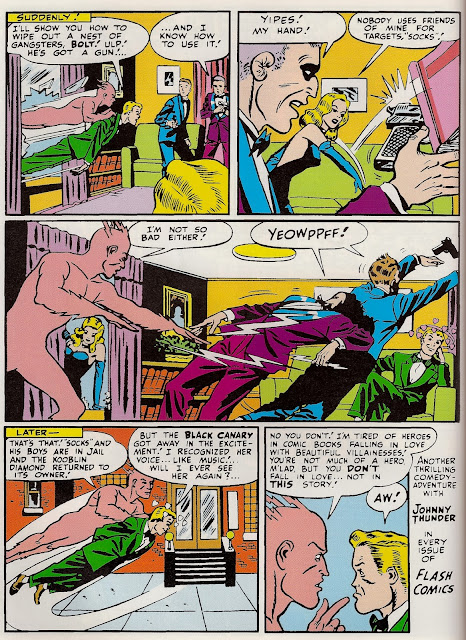 Next Sunday: Another Golden Oldie with a look at Flash Comics #87!

Posted by Count Drunkula at 8:32 AM