Bear with me here, because unlike my Fan-Casting Justice League posts, this installment is going to be a lot more fluid, with different casting options based on different lead characters. 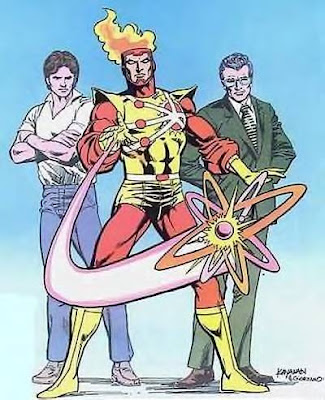 Firestorm is a composite hero, usually comprised of a young man in his teens or early 20s, with the consciousness of a wiser, scientifically minded mentor figure riding shotgun, occasionally backseat driving.  Two different characters have filled the young man position in the comics at different times in Firestorm's history: Ronnie Raymond and Jason Rusch.

Ronnie Raymond is the quarterback for his high school football team.  He's a good all-American kid, and unlike other jocks depicted in movies and literature in the '70s and '80s, he's not a bully.  More often, in fact, he is the victim of constant harassment by his intellectual superior, high school science nerd, Cliff Carmichael.  But Ronnie is not dumb.  He's not an academic; he's not even a B student most of the time, but he's no luddite, either.  School is a means to an end.  Ronnie wants to play football, and to do that, he knows he needs to stay in school.  If he receives an education in the process, so be it.

Jason Rusch was originally conceived as a poor kid living in Detroit with little hope of ever escaping from his dead-end life.  More recent appearances in comics and television, however, have re-characterized Jason as book-smart, arrogant, emotionally troubled.  In short, the new Jason Rusch is the opposite of Ronnie Raymond. 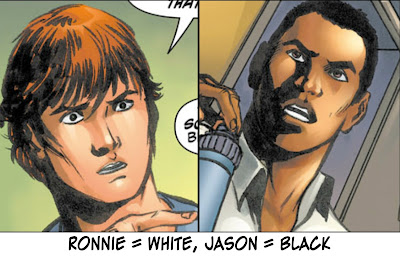 Professor Martin Stein is a Nobel Prize winning nuclear physicist.  He built a fusion/fission reactor in the Hudson Power Plant that caused the accidental creation of the Firestorm Matrix when it explodes.  Professor Stein's mind is fused with the body of Ronnie (or Jason) and given radical powers to affect inorganic matter, as well as fly and shoot blasts of fiery energy from his hands.

In the comics, Ronnie was killed and replaced by Jason.  But then Ronnie came back and Professor Stein died, leaving Ronnie and Jason to merge together as Firestorm.

So, if Warner Bros. let me make a Firestorm movie, which character--or combination of characters--should I choose?

Stein is a must for the Firestorm Matrix.  He provides the voice--literally--of wisdom and maturity, he's the voice of guidance for our young, struggling hero.  He's the disembodied voice of Ben Kenobi or Yoda to Ronnie or Jason's Luke Skywalker.  Professor Stein also serves the plot by creating the device by which the protagonist receives his powers.

So who is the other half of the equation?  Who is the protagonist: Ronnie or Jason?  Since this is a purely hypothetical situation, I can entertain both options. 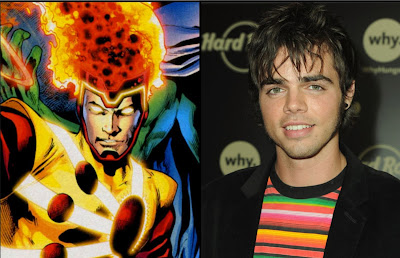 When it comes to superheroes, I'm a traditionalist, or rather, an iconist.  The best versions of heroes are the first or most iconic versions, like the Barry Allen Flash, the Barbara Gordon Batgirl, and the Ted Kord Blue Beetle.  To me, the best Firestorm is Ronnie Raymond combined with Martin Stein.  I think the character of an unintellectual jock mentored by a brilliant scientist to learn how to be a good hero is the perfect recipe for a superhero origin story.

I love Modern Family and Reid Ewing makes every episode better.  He is instantly likable, but doesn't seem like the overtly heroic type, which is the point of the character.  Ewing's role as Dylan, the garage band singer/mother's worst nightmare of a boyfriend, demonstrates that "carefree moron" is well within his wheelhouse.  He's ready for a breakout leading man role, and starring as a young superhero with a learning curve is just what he needs.

Now… having said all that, I have zero, zilch, nada problem with casting a black actor as the star of the movie.  Adding more racial diversity to superhero comics and films cannot be a bad thing, but if I were to make Jason Rusch the star of Firestorm, I would have the character essentially written as Ronnie, but with a different name and race. 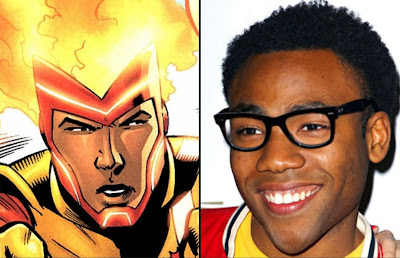 I love Community more than Modern Family, and Donald Glover might be the most effortlessly affable and watchable star on TV.  He sort of/kind of campaigned for the role of Peter Parker in The Amazing Spider-Man, and I think it would have been a bold and exciting choice given how much the first hour of that movie just retreaded stuff from the first Spider-Man flick.  I think Glover would make an awesome Firestorm, a better Jason or Ronnie than any other young actor. 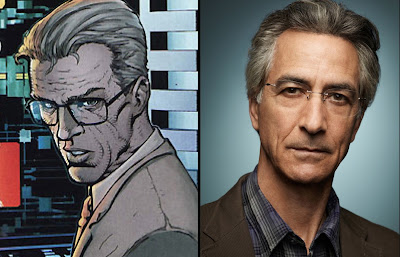 The role of Professor Stein requires one defining characteristic over all others: a strong voice with resonance and authority.  A good chunk of his screen time would be as a disincorporated voice chiming in Firestorm's head.  There was one actor who jumped instantly to mind: David Strathairn, an actor I love and whose voice I could listen to read the phonebook (if there was literally no other book in the world to read).

Strathairn's perfectly pitched voice sounds fatherly and wise even with a bit of a rural drawl.  He would make a terrific counterbalance for either Reid Ewing's Ronnie or Donald Glover's Jason.

In the next installment of this series, I'll unfold the story for Firestorm: The Nuclear Man, its possible sequels, and the cast of supporting characters and villains.


* My sole reservation with Strathairn is his age.  I'd like the option for Stein to be a little bit younger, a little more active, and for that, my second choice pick for Martin Stein is John C. McGinley. 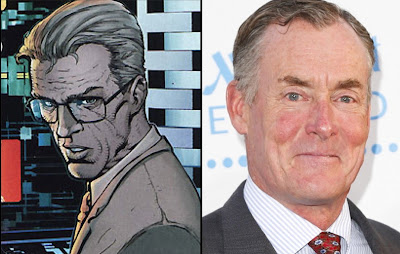 McGinley has a lot of the same great qualities as David Strathairn with a lot more energy.  His Stein could be played more stern, more weary, and more troubled by Ronnie's arrested development.

Posted by Count Drunkula at 3:29 PM