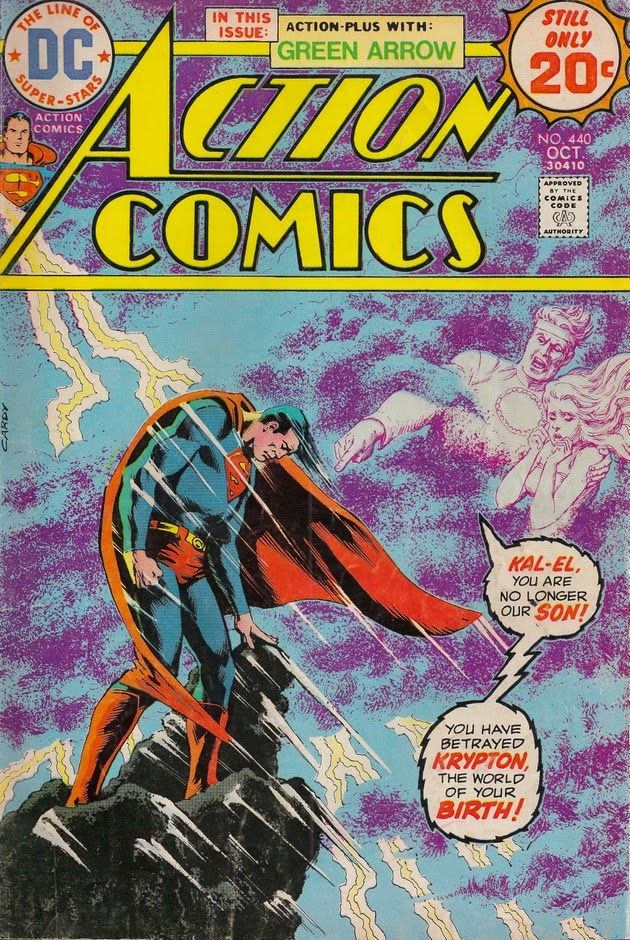 Action Comics #440 is cover dated October 1974 and hit the shelves on July 30, according to Mike's Amazing World of DC Comics.  The lead Superman story is written by Elliot S. Maggin with art by Curt Swan and a cover by Nick Cardy.

The Green Arrow strip called "Little Dog Lost" is written by Maggin with art by Mike Grell.  I love this story so much that I'm not going to summarize it.  I'm going to post the six pages below and offer my commentary afterward. 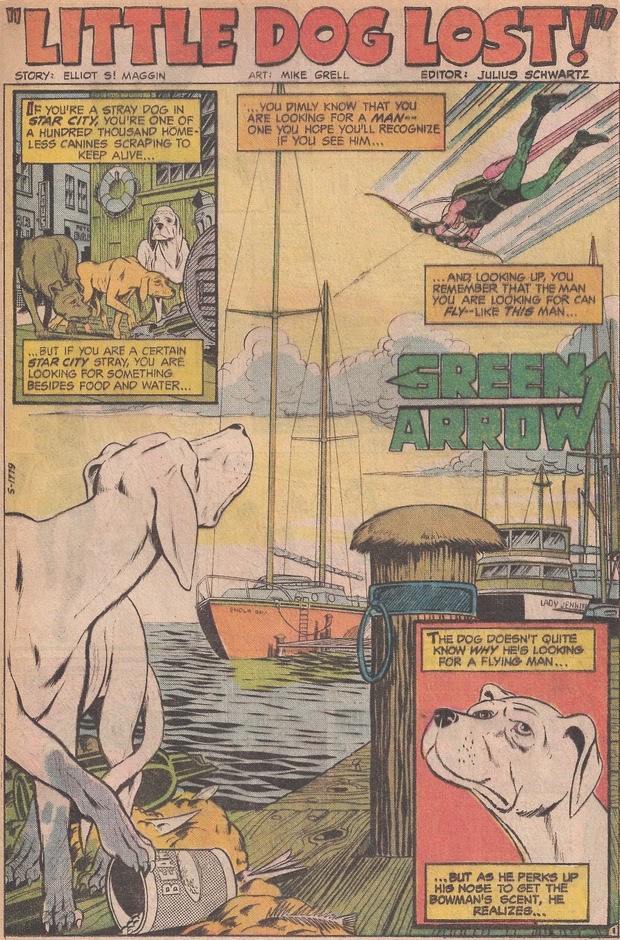 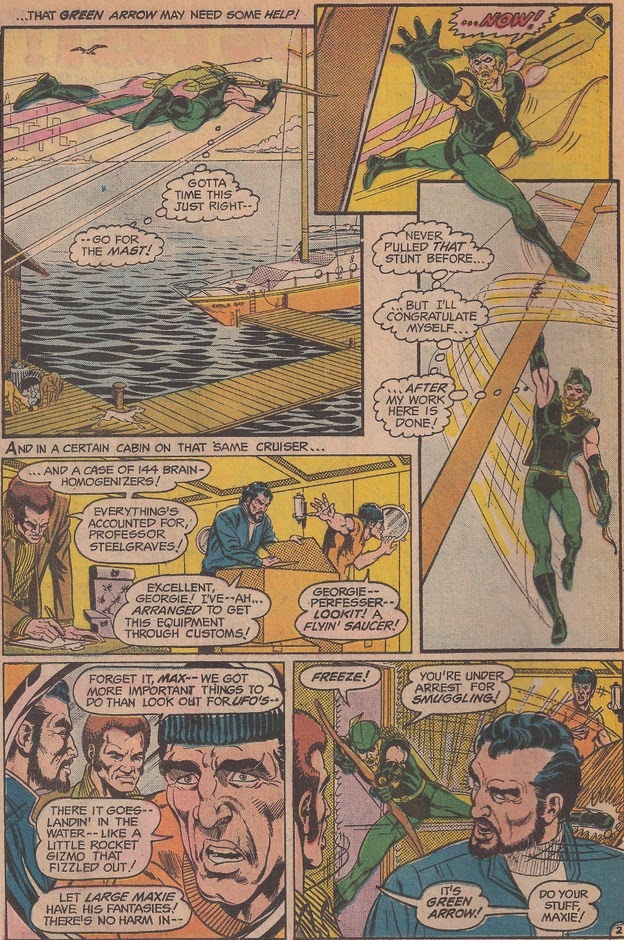 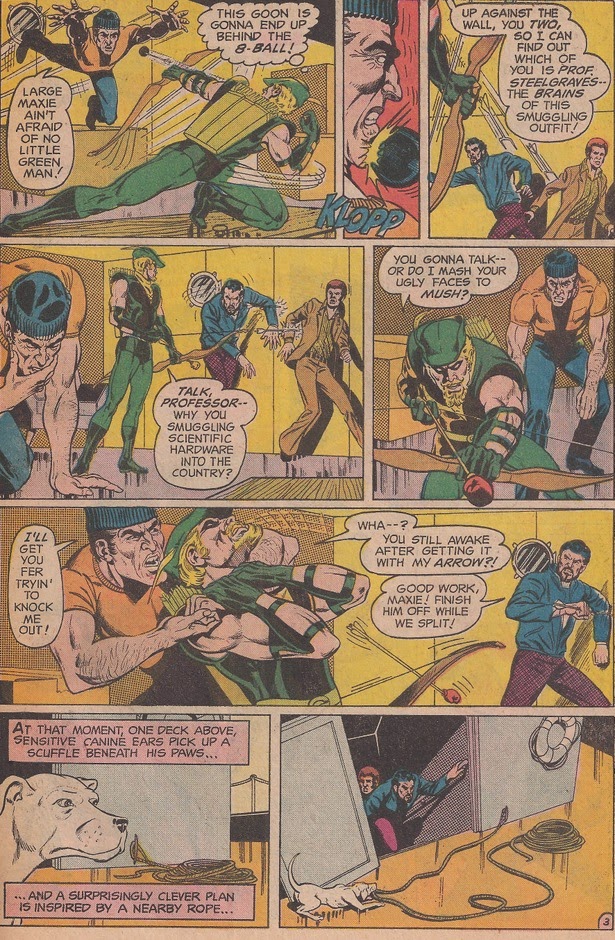 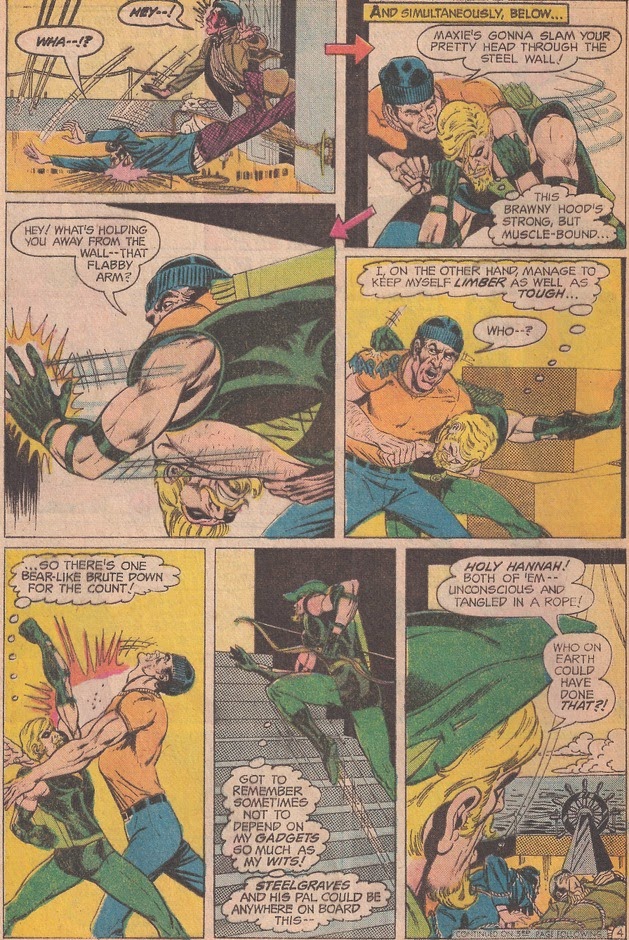 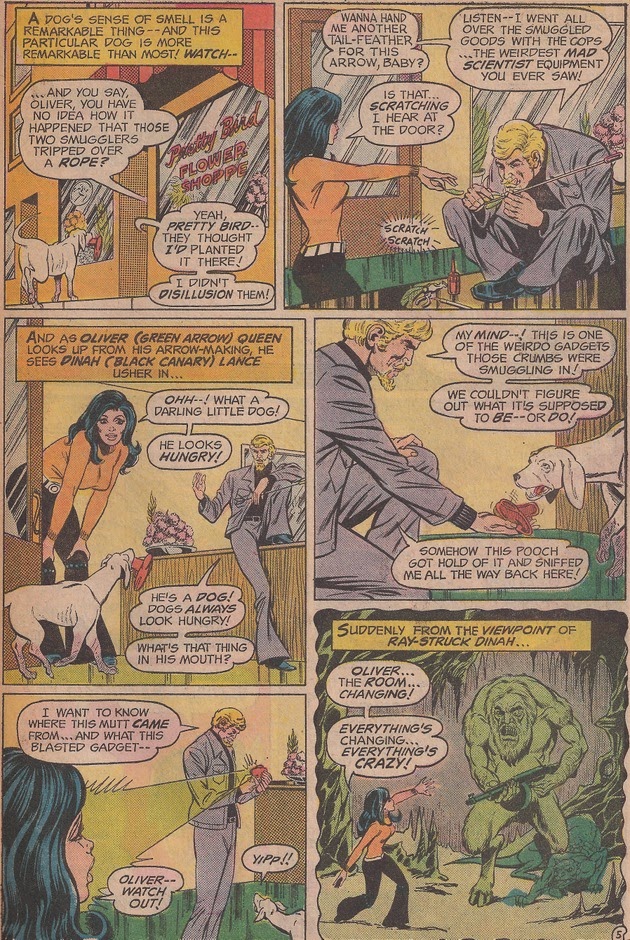 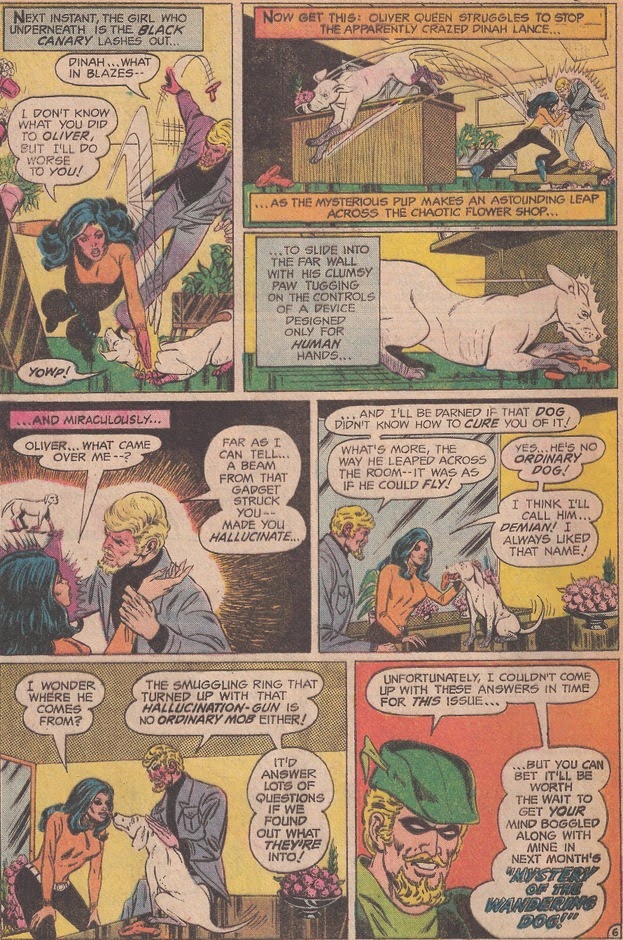 I believe this issue marks the first time Mike Grell drew Green Arrow and Black Canary.  He would continue to chronicle their adventures in Action Comics and World's Finest before taking them to unparalleled places (both heights and depths) with The Longbow Hunters and beyond.  At this early point in his career, Grell's work looked pretty similar to the DC House Style that Giordano and Dillin used on earlier Green Arrow and Black Canary stories.  But you can definitely see where Grell provides a flourish with facial expressions and body language in some of the close-ups.

As for the story, it grabbed my heartstrings immediately.  I'm a dog lover.  I have two dogs and I love them more than some of my family members.  I'm Facebook friends with people who run animal rescue shelters, so my wall is filled with heartbreaking videos of dogs being rescued and reunited with returning veterans.  All that is to say when I opened this comic for the first time, I fell in love with Grell's rendering of the mystery dog's curiosity-filled eyes.

The action in this story is terrific.  Maggin does a great job of creating three villains with distinct personalities in such a short amount of time; Professor Steelgraves--why hasn't this guy come back to haunt Star City more often?  Large Maxie--who doesn't love a hired goon who talks in the third person?

As with so many Green Arrow backups in Action Comics, Dinah Lance only appears in her civilian identity, not as Black Canary.  And the most action she gets is hallucinating and judo chopping a dog. That I didn't care for, but the storytellers make it clear she didn't hurt the dog seriously (as if she could), so I kind of let it slide.  I'm not wild about her naming the dog Demian.  Such a weird, unlikely dog name except for a vicious snarling guard dog, perhaps.

Of course, this story is only the first chapter of a two-parter.  Where did this mystery dog come from?  What could explain its unusual abilities?  What will Ollie and Dinah do with the mad science device retrieved from Steelgraves' boat?  These answers and more will be revealed tomorrow when I review Action Comics #441.  See you then!
Posted by Count Drunkula at 9:43 AM