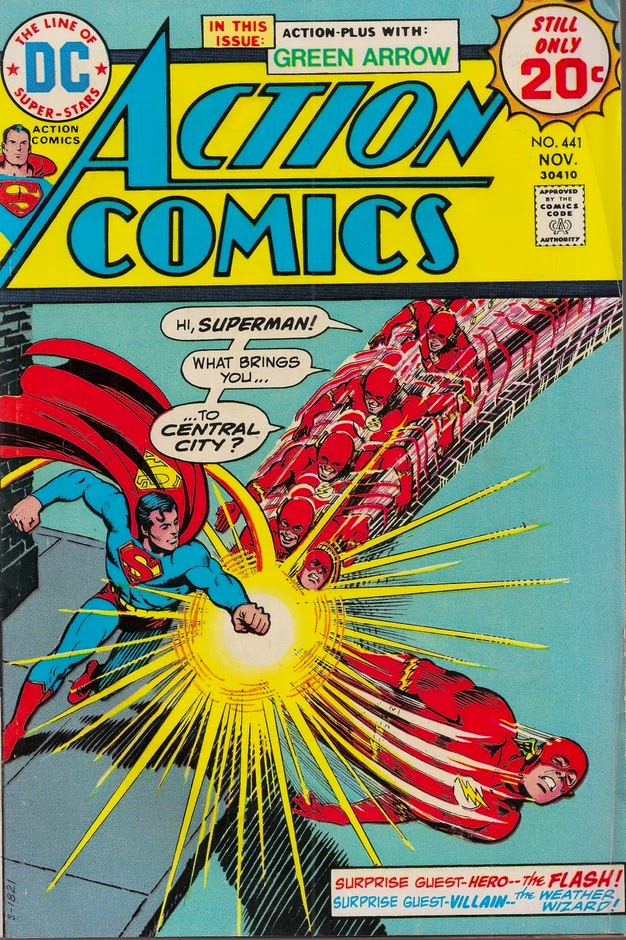 Action Comics #441 is cover dated November 1974 and hit the shelves on August 29, according to Mike's Amazing World of DC Comics.  The lead Superman story is written by Cary Bates with art by Curt Swan and a cover by Nick Cardy.

The Green Arrow strip called "The Mystery of the Wandering Dog" is written by Elliot S. Maggin with art by Mike Grell.  Like the first chapter in this story that I posted yesterday, I'm such a big fan of this story I'm just going to post the pages below and offer my commentary afterward. 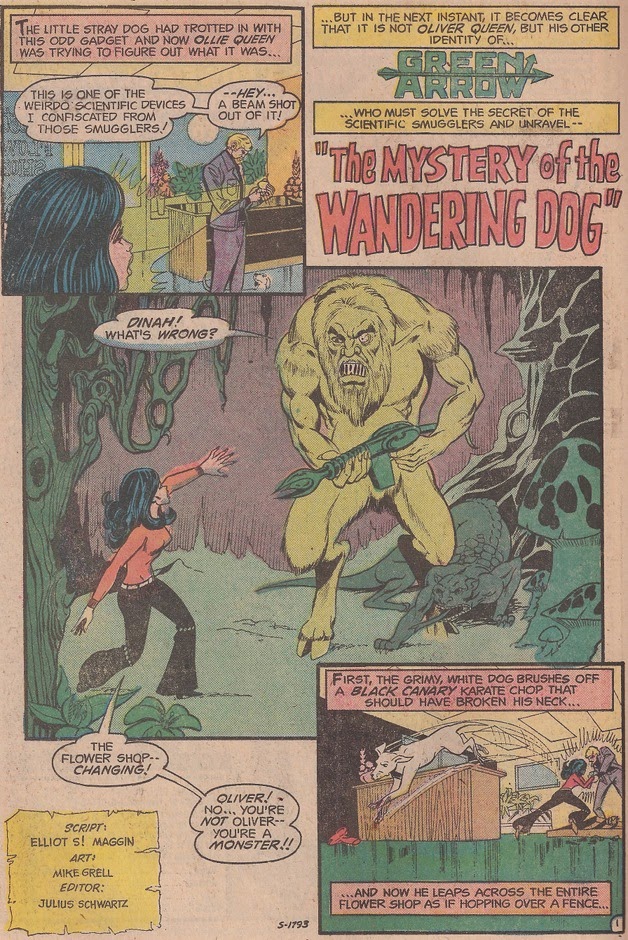 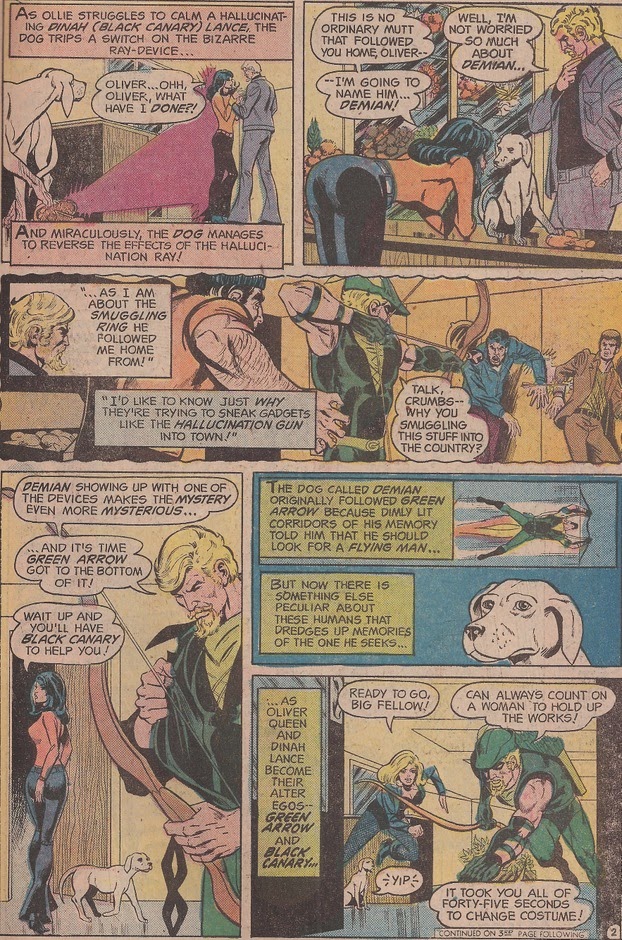 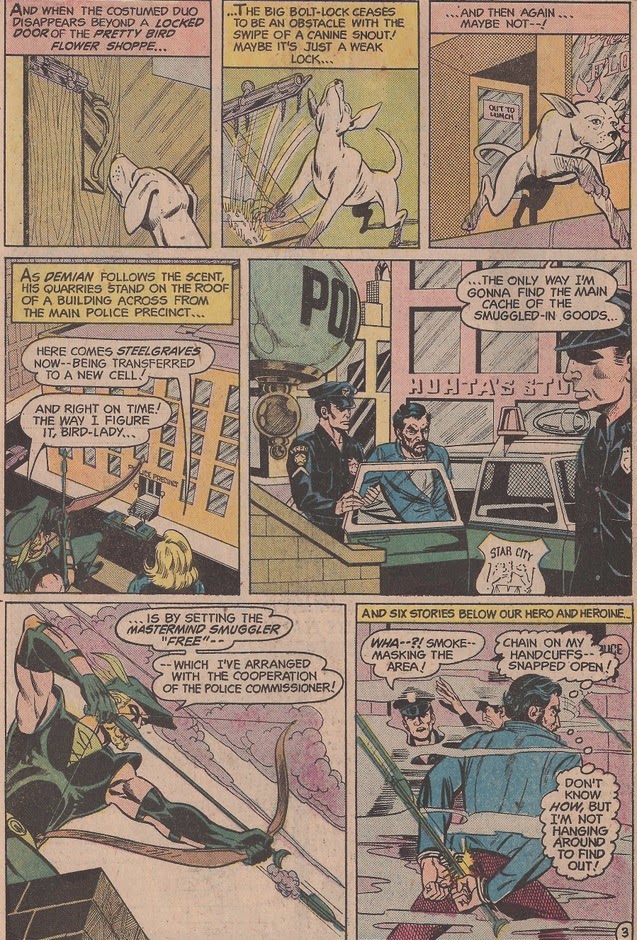 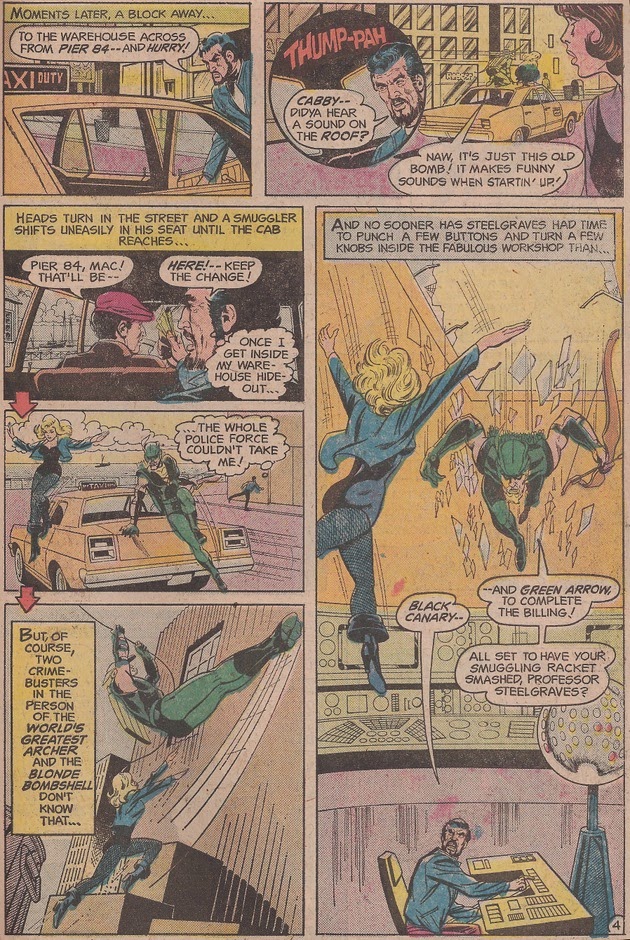 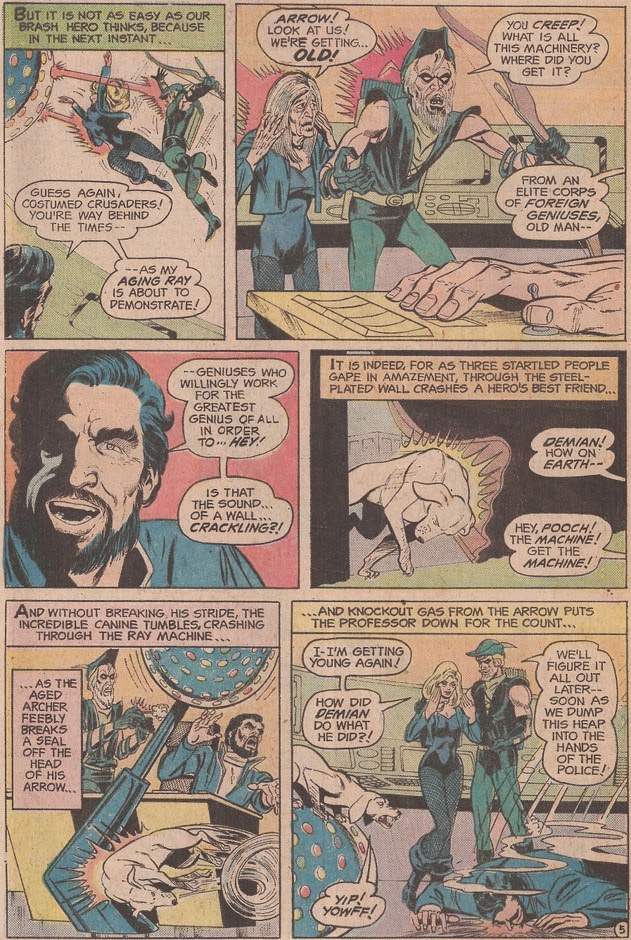 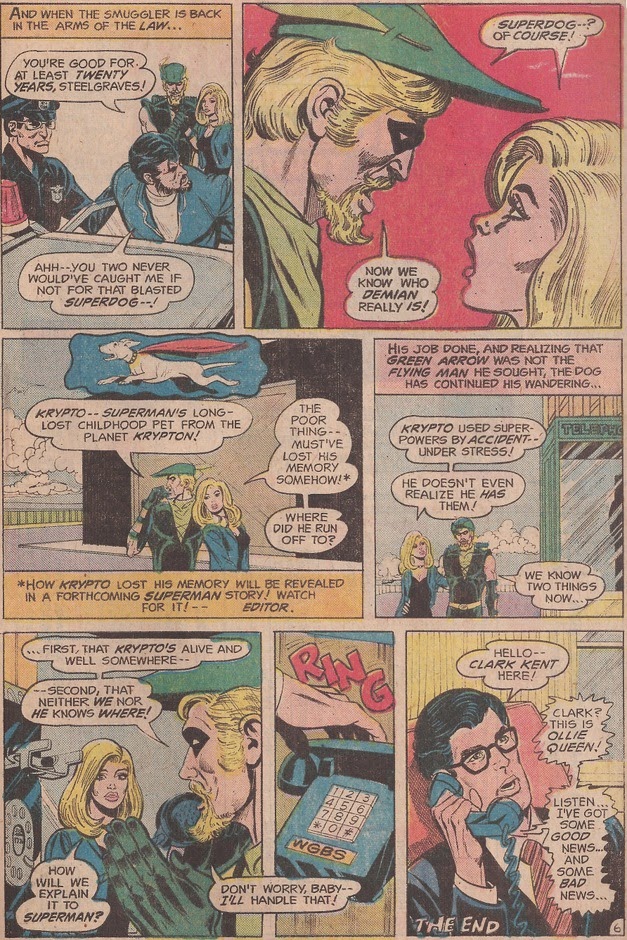 Were you able to solve the mystery before Ollie and Dinah?  The mystery dog was Krypto all along!

I shared my love of dogs and Mike Grell's art in yesterday's post.  Both are just as applicable to this part of the story.  As far as that story goes, it's a little on the thin side considering that two out of the six pages are devoted to recapping what happened in the previous chapter.  It's a little silly that Green Arrow has to free Professor Steelgraves from police custody in order to find out where all his mad-sciency equipment was being stored.  The police ought to be able to get that information themselves.

Regardless, there are two highlights in this story for me.  First, Dinah actually suits up as Black Canary for the first time in a while in these backup strips.  What's more, she looks damn good drawn by Grell until she's made to look old and ugly when Steelgraves uses the aging ray on her and Ollie.  The other standout part of the story is that Krypto saves the day.  I know how destructive dogs can be, so I got a kick out of him ripping the lock off of Dinah's flower shop door, and then smashing into Steelgraves' crazy contraption.

It was cool to see Clark Kent make a cameo in the final panel.  I haven't read the story where Krypto's amnesia is explained or resolved, but I know it all works out.

Come back next Monday for another tale of Green Arrow and Black Canary in Action Comics...
Posted by Count Drunkula at 6:45 AM