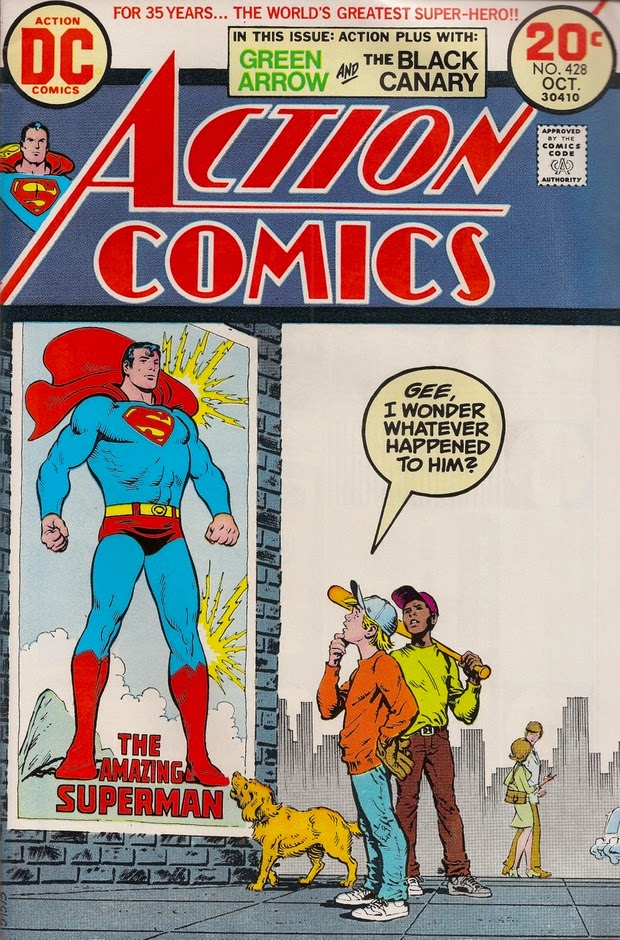 Action Comics #428 is cover dated October 1973 and hit the shelves July 31, according to Mike's Amazing World of DC Comics.  The lead Superman story is written by Cary Bates with art by Curt Swan and Murphy Anderson and a cover by Nick Cardy.

The Green Arrow strip entitled "The Plot to Kill Black Canary" is written by Elliot S. Maggin with art by Dick Giordano.  The story opens with Oliver Queen making a deal to have Black Canary publicly endorse a motorcycle company. 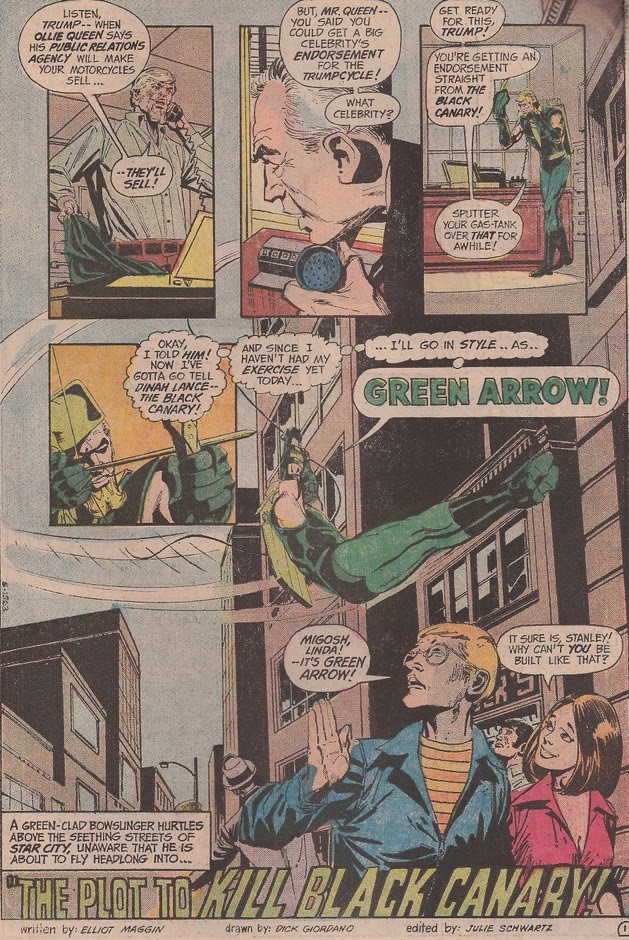 Dinah Lance is less than thrilled that Ollie volunteered her for such an appearance without her approval, but she agrees to go along with it when he says it's for charity.

In a seedier part of Star City, two smalltime crooks, Pete Larkin and Albert the Artist, read about Black Canary's upcoming motorcycle demonstration in the newspaper.  Since the Canary had previously foiled one of their counterfeiting schemes, Pete and Al decide to take their revenge at the bike show.

The day of said bike show, Green Arrow visits a pool hall and rounds up a pair of gold smugglers with some nice sharpshooting archery action and good old fashion punching.  After rousting the hoods, Green Arrow is met by his criminal informant outside. 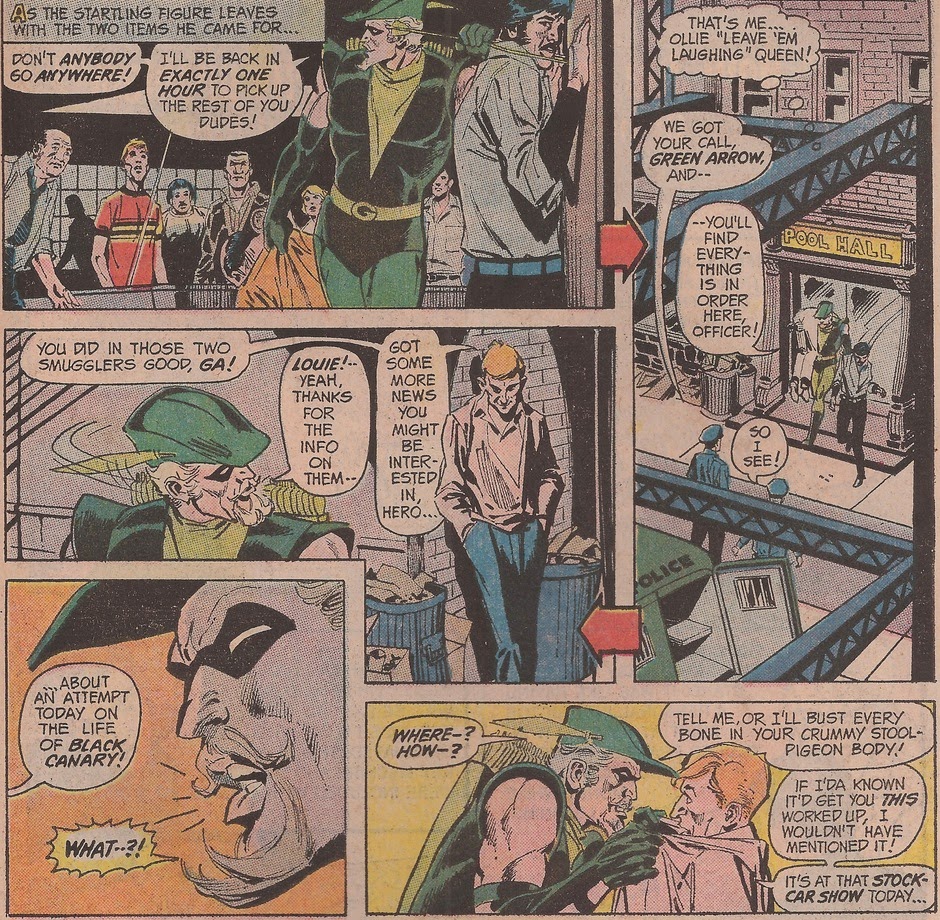 Louie the C.I. tells Green Arrow that Pete and Al are planning to kill Black Canary with a bomb planted in her motorcycle during the bike show.

Green Arrow races to the show where his Pretty Bird has started driving around on her motorcycle.  Arrow finds Al the Artist disguised as someone in Canary's pit crew and takes him down, but the bomb is live. 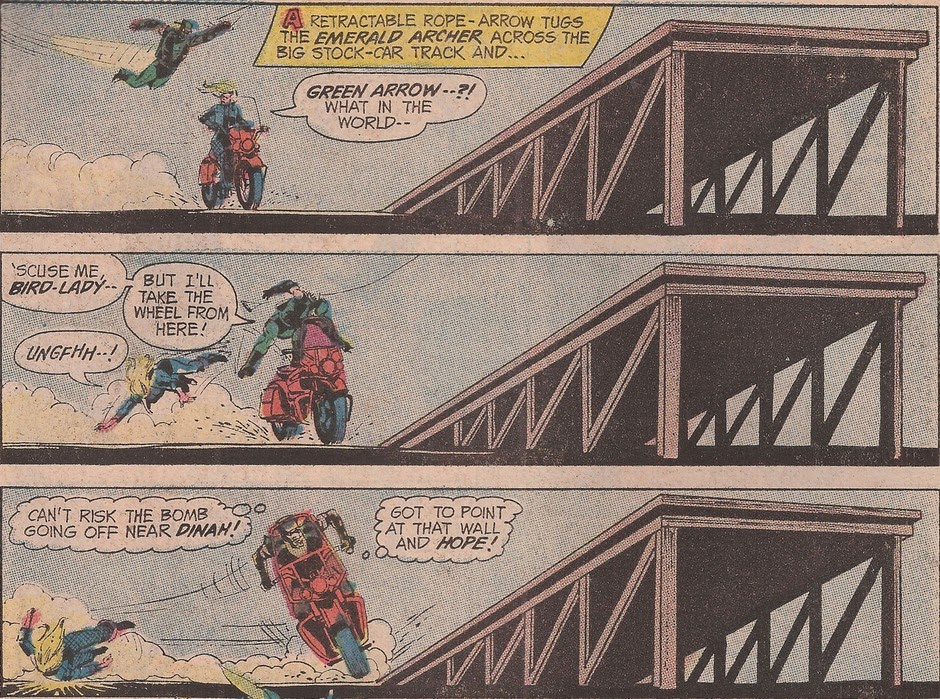 Green Arrow fires an arrow and swings away so the bike explodes when it crashes harmlessly away from he and Canary and any spectators.  He lets the police capture Pete and Al, while Ollie and Dinah have a private debriefing later on. 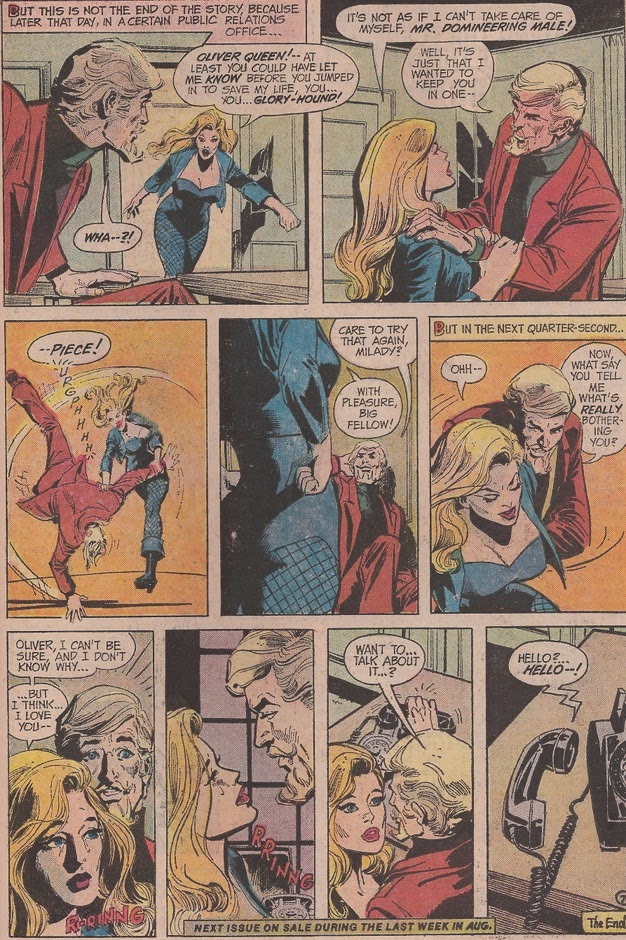