Black Canary was a regular fixture of Green Lantern comics in the early and late 1970s, but in the mid '80s around the time of Crisis on Infinite Earths, Dinah appeared in Green Lantern issues #188, #190, #191 and #192.  And by appeared, I mean mostly she just showed up in one panel as a cameo.  But I'm trying to cover all of Black Canary's comics appearances--eventually--so I decided to knock these four comics out in one recap that doesn't really cover the comics in detail.

All four issues were written by Steve Englehart with art by Joe Staton. 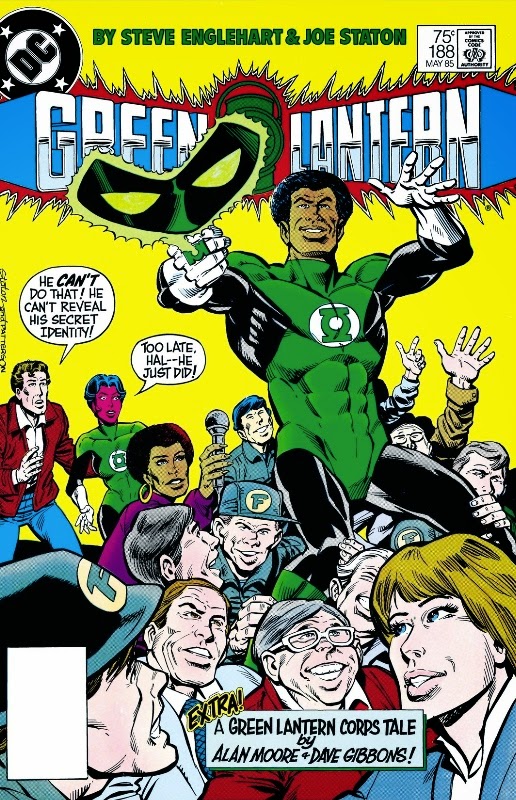 In Green Lantern #188: "Decent Exposure" the press outs the new Green Lantern's secret identity, architect John Stewart.  Some people take the revelation in stride, but Ollie doesn't and calls Hal Jordan to vent his frustration.  Dinah appears in the background. 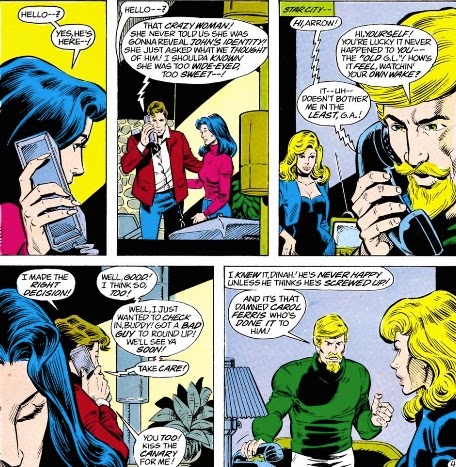 In Green Lantern #190: "Time Out of Mind" a mystery arises when Green Arrow and Black Canary come to see John Stewart, bringing along the same reporter who outed John in the media. 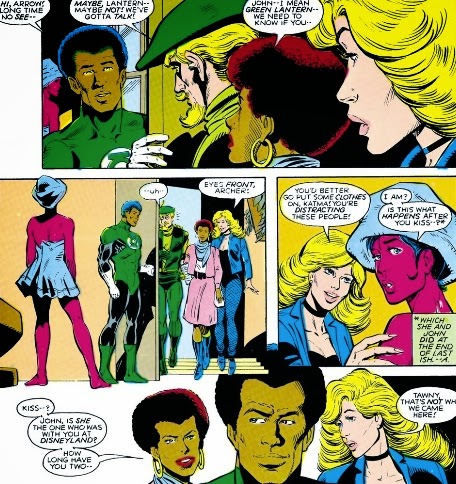 Green Arrow asks John Stewart the seemingly stupid question of how many times they have met and worked together.  The reporter presents a video taped interview that no one remembers. 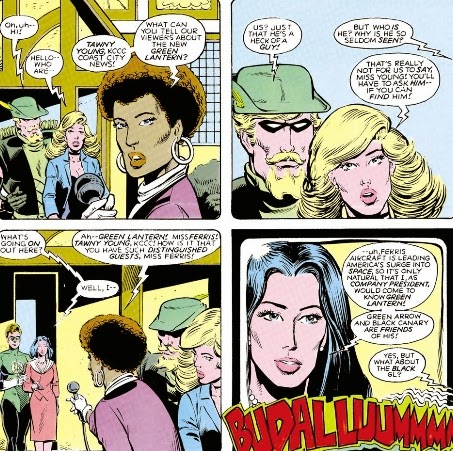 Then time freezes for the heroes and the villainous Predator leaps through the window.  Only Katma Tui is unaffected by the time-stop, but she is unable to prevent him from stealing the video tape. 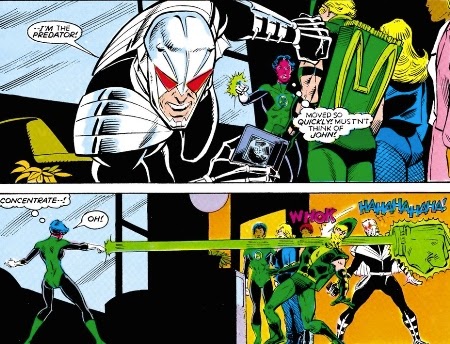 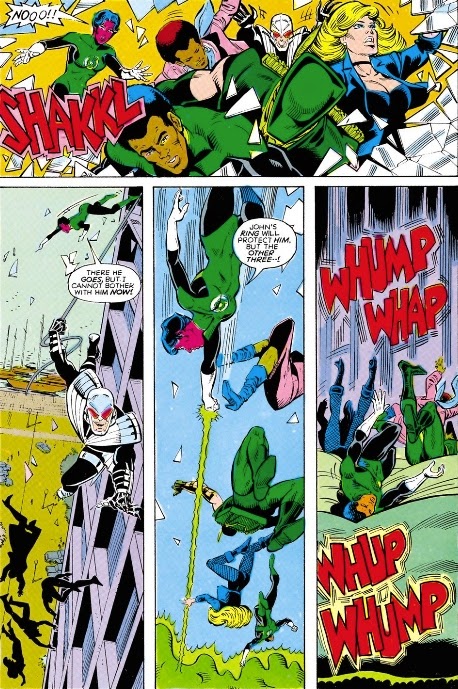 Black Canary and the others survive their fall and awaken from the trance Predator put on them.  They don't recall what happened during the time lapses, and need to figure out more about the Predator, but that part of the story will be explored by Hal Jordan.

In Green Lantern #192: "First Star I See Tonight", the crazy-ass saga of Carol Ferris and Predator and Star Sapphire is revealed, which includes another copy of the lower left panel from the previous two issues. 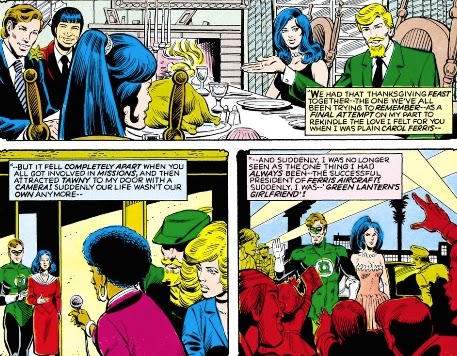 So, there you have it.  Some random panels of Black Canary in stories of which she has absolutely no real effect.
Posted by Count Drunkula at 9:28 AM