The historic, line-altering magnum opus, Crisis on Infinite Earths written by Marv Wolfman and drawn by George Perez, featured almost every DC hero yet established by that point, and even created a couple of new ones.  Naturally, Black Canary appeared in the pages of Crisis, but she wasn't an important part.  She was little more than a cameo in a few issues, although she had a bit of action in issue #6.  Since an in-depth review and analysis of the whole twelve-part event could take up entire book, I won't cover all of Crisis on this post.  Instead I'm going to spotlight Black Canary's few appearances in the series.

Black Canary does not appear in Crisis until issue #6, when she's among several other heroes trapped on the Monitor's satellite as it begins to crumble around them. 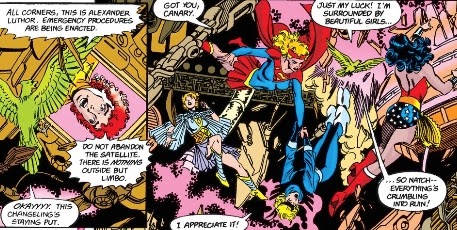 She witnesses Harbinger fly into the satellite's core before it explodes...

The next we see of Dinah, she has been transported to the Captain Marvel Earth along with Supergirl, Wonder Woman, and Changeling. 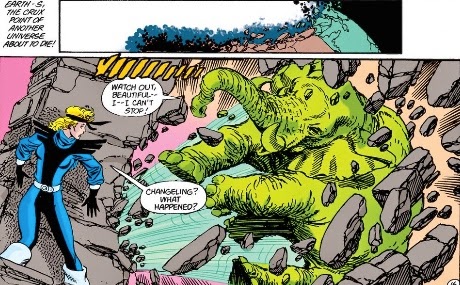 Unfortunately, Captain Marvel and the Marvel Family are more-or-less brainwashed. 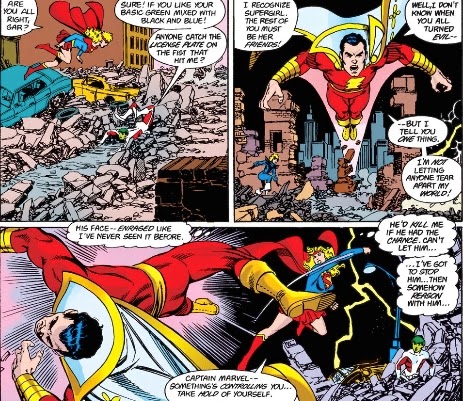 Captain Marvel mistakenly believes that his world is coming to an end because of the sudden appearances of Supergirl and the other heroes and he lashes out at them... 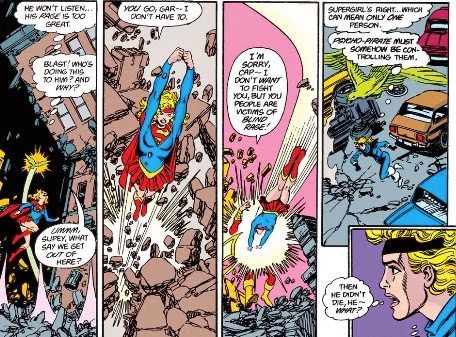 Black Canary realizes that Psycho-Pirate is alive and manipulating the Marvel Family.  When Mary Marvel and Captain Marvel, Jr. team up against Wonder Woman, Canary finally does something useful and directs her sonic scream against the Marvels. 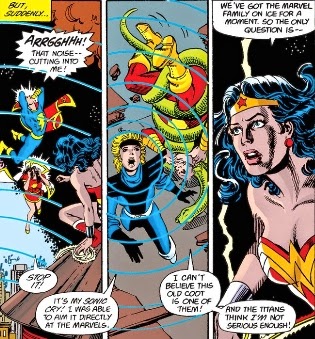 After that, Black Canary appears two more times, essentially as a background character with no dialogue.  In issue #7, she's still with Supergirl's team and the now right-thinking Marvel Family. 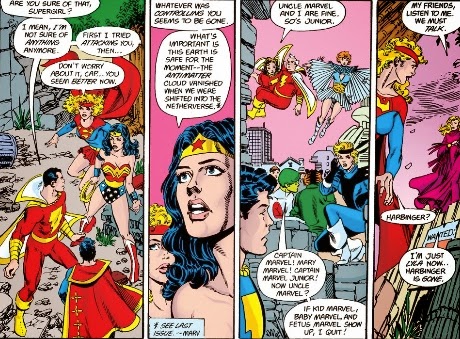 And she appears in one panel of issue #9, where she and Green Arrow take on some sixth-rate super villains. 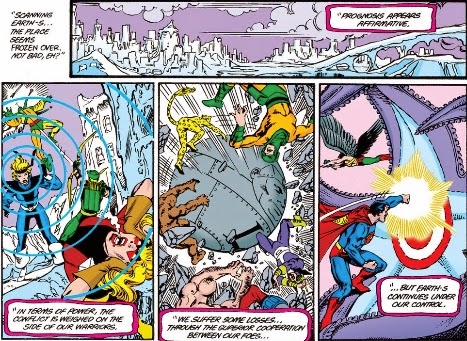 That's it.  Black Canary didn't play a significant part in Crisis on Infinite Earths, although perhaps I should be grateful she didn't die.  Tomorrow, though, I'll be reviewing Justice League of America Annual #3, a Crisis tie-in where Black Canary actually does stuff.
Posted by Count Drunkula at 7:06 AM