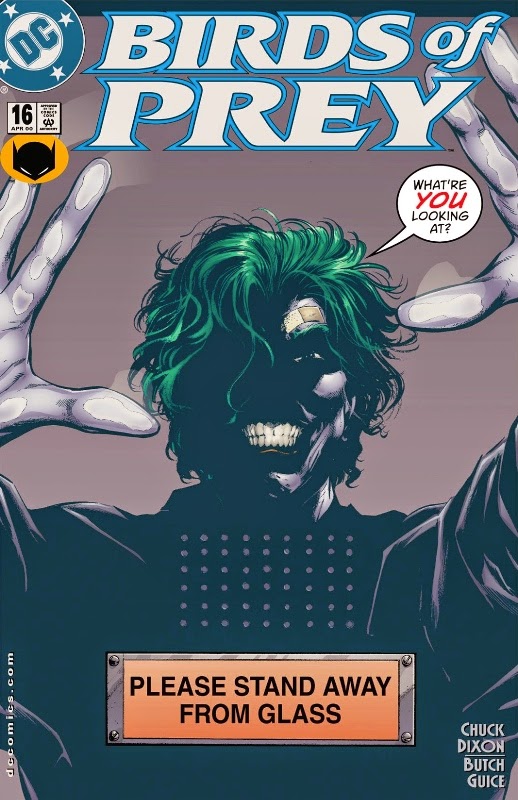 While the last issue of Birds of Prey set a newly raised bar for the title with the addition of Butch Guice on art duties, issue #16, "The Joker's Tale" takes another step in the wrong direction.  This time, writer Chuck Dixon wastes Guice's considerable talent by forcing him to draw 40 panels on about ten pages of the Joker talking to a wall in his cell.

We begin some time after the Joker addressed the United Nations as Qurac's ambassador where he apparently announced that everyone in New York City would die in a matter of hours.  The Joker has been captured, and he figures he's back at Arkham Asylum, safe from whatever doom awaits New York.  He doesn't know who is interrogating him, but he wastes a lot of time trying to talk about his origin and stuff. 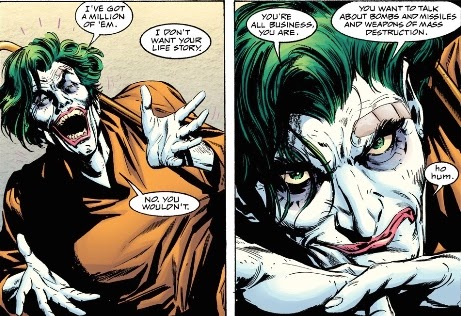 When pressed, he suggests that New York will be rendered lifeless by a neutron bomb and kind of rambles about how the bomb came into his possession.  Then he talks about how he got to Qurac by murdering the ambulance crew transferring him to Arkham the last time Batman beat him up. 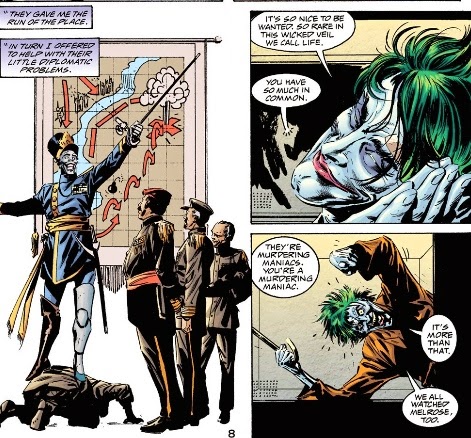 Then he tells a would-be origin story of murdering his abusive father on his eighteenth birthday, but his interrogator doesn't believe the story is true and doesn't care any.  The Joker is stalling, like Chuck Dixon is stalling.

Finally the Joker recounts how he addressed the United Nations and then luxuriated in his diplomatic limousine, believing he had immunity.  Then the diplomatic convoy is attacked by Power Girl. 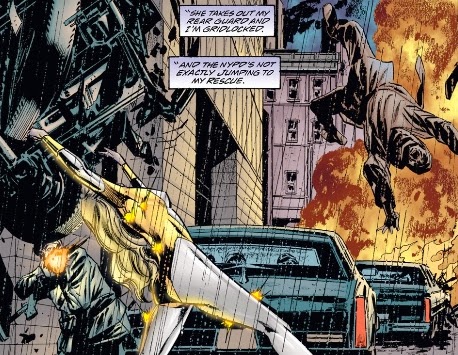 While Power Girl takes out Quraci henchmen in her new yellow and white costume, the Joker makes a run for it.  But Black Canary chases him. 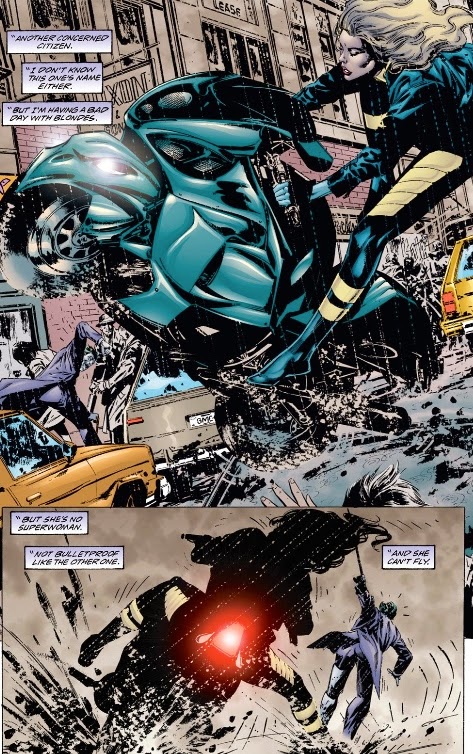 The Joker is struck by a pedestrian bicyclist and knocked into traffic, where he is finally caught and brought to Arkham.

Only he wasn't brought to Arkham.  Barbara Gordon surprises Joker by revealing she's holding him in New York so he'll reveal where the bomb is in order to save himself. 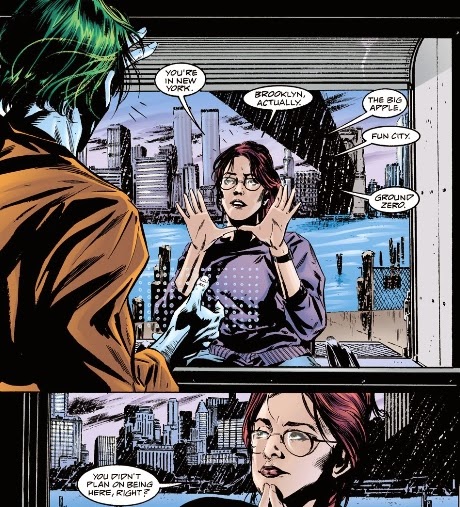 He tells her there are nuclear warheads on a ship in the mid-Atlantic.  As she starts to leave, he asks if he's the one who put her in the wheelchair so maybe he doesn't recognize or remember her. 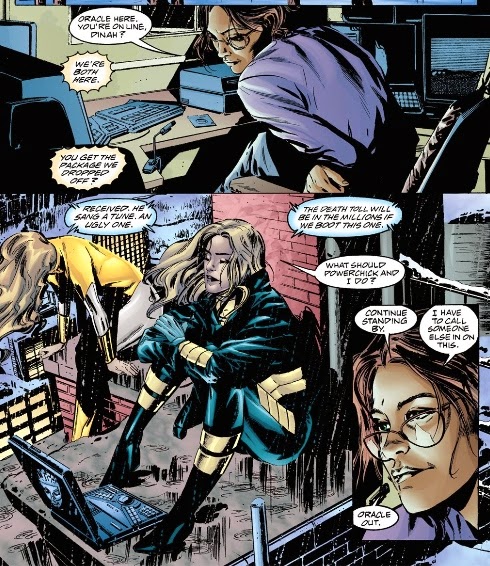 ... then she makes a surprise call to Major Van Lewton of the Pentagon's cyber-warfare devision.

I like the Joker, but does anyone really want to read 19 pages of him sitting in a cell, toying with his interrogators, occasionally flashing back to random acts of violence against people we don't care about.  After the joy of issue #15, this issue might be the worst Birds of Prey yet because nothing happens and it's not about the titular characters.

Come back in two weeks for a review of Birds of Prey #17.
Posted by Count Drunkula at 7:26 AM